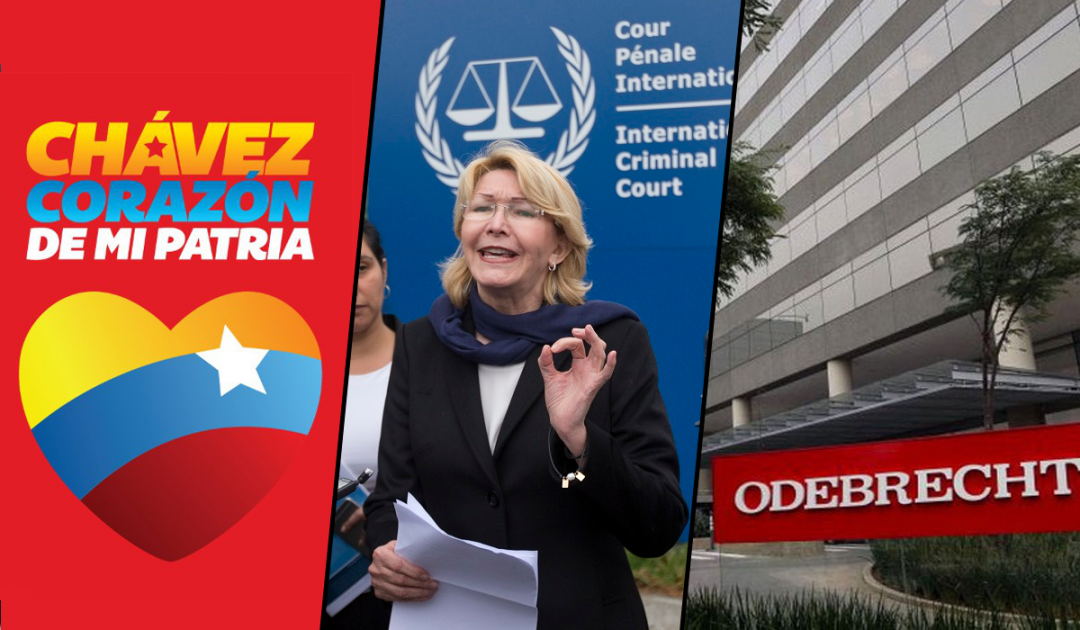 Nicolás Maduro’s government tried to apprehend the two prosecutors that Luisa Ortega Díaz sent to Brazil to gather information about the Odebrecht case a few days before the questioned National Constituent Assembly intervened the Office of the Attorney General and removed her from her position as Attorney General.

This is what the official says -sheltered in Colombia since August- in the extensive complaint for crimes against humanity that on 15 November she presented at the International Criminal Court against the Venezuelan head of state and four high-ranking military officers, and in which she states that «one of the primary motivations for the dismantling of the Office of the Attorney General and the consequent persecution of its officials, was undoubtedly the evidence gathered in the criminal investigations of corruption (…) related to the irregularities committed by the Odebrecht company.»

Ortega Díaz, in her 495-page brief, reports that at the beginning of last August she sent the then 55th National Prosecutor, Pedro Lupera, and the deputy director against corruption, Raiza Sifontes, to Brazil to participate in an interrogation and collect evidence about the bribes that the Brazilian construction company paid to Venezuelan officials in exchange for millionaire public works contracts.

In face of «the hostility of the state officials against the actions aimed at the discovery of the truth in this case», she decided that the envoys go by land to Colombia and that from there they would take a flight to Brazil.

«Preventing (…) their passports being canceled to avoid they leave the country,» Ortega Díaz explains in her letter to the prosecutor and the Justices of The Hague, to whom she informed that this policy has been implemented by the government against opponents and journalists, to prevent them from attending international events to denounce violations of Human Rights.

However, the precautions were few, according to the account of Ortega Díaz, who reported that upon reaching the border between the state of Táchira and the Department of Norte de Santander, Colombia, the Venezuelan officials of the Administrative Service of Identification, Migration and Foreigners (SAIME) informed Lupera and Sifontes that they could not leave because «they had an observation in the passport», so they «got a migratory card and left irregularly to the neighboring country, establishing links with Colombian immigration authorities to board the plane to Brazil. »

As proof of the Venezuelan Government intentions, the removed Attorney General included in her complaint a text message that the Brigadier General of the National Guard, Danny Ferrer Sandrea, commander of Zone 21, sent to his subordinates:

«Pay attention gentlemen: these two prosecutors are being required by the SEBIN, it is presumed that they are going to try to leave the country by some dirt road and be alert to see if we can get them arrested: Raiza Melvis Sifontes Gómez V13613674 (DEPUTY DIRECTOR OF CORRUPTION), Pedro Alexander Lupera Zerpa V12062199 (55TH NATIONAL PROSECUTOR),» said the command to which the Office of the Attorney General had access.

Ortega Díaz sent Lupera and Sifontes to Brazil to participate in the interrogation that the Brazilian Office of the Attorney General conducted on 2 August to the publicist João Santana and his wife Mônica Moura. Santana was the brain of the last 2012 presidential campaign of the late Hugo Chávez, and the creator of the famous “Chávez’ eyes», and therefore had agreed with the Venezuelan Government to receive 35 million dollars.

According to the statement offered by Santana’s wife to the Brazilian investigators in December 2016, and whose content was disseminated last May, the then Venezuelan Foreign Minister Nicolás Maduro personally paid Moura 11 million dollars in cash for her husband services. In addition, the then head of the Venezuelan diplomacy «demanded that most of the payments related to the re-election campaign be made with undeclared resources, since the unofficial payments would be made by Odebrecht and Andrade Gutiérrez.»

Santana and Moura are among dozens of people convicted due to this corruption scandal in Brazil who have agreed to collaborate with the authorities in exchange for benefits.

«From the evidence obtained in Brazil, we could observe that the information directly involves the President of the Bolivarian Republic of Venezuela and other senior state officials,» Ortega Díaz told the International Criminal Court.

For Ortega Díaz, the Government sought to prevent her from accessing the information, but, according to her, it did not succeed.