The revolutionary government awarded at least US$ 29.974 billion worth of contracts to Odebrecht 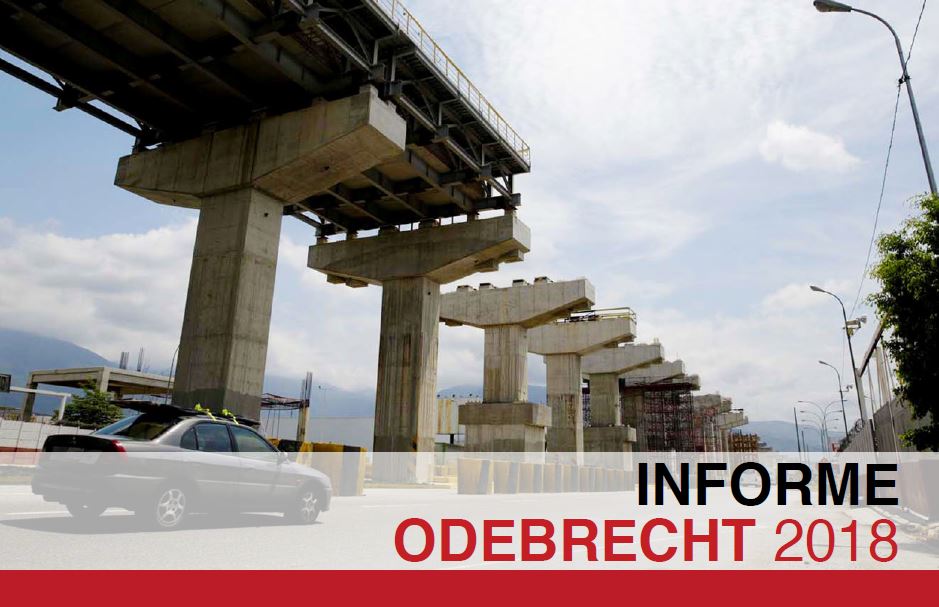 Transparencia Venezuela reveals findings about the scale of business with Odebrecht and the poor results for the country and the Venezuelan society, after five years of documentation and processing of official data taken from gazettes, reports and accounts of ministries, documents of the Office of the Solicitor General of the Republic, National Contractors Registry, additional credits and judicial inspections

Transparencia Venezuela, 13 May 2018.- The size of the business between the Government of Venezuela and Odebrecht, the Brazilian construction company that is the center of the greatest corruption act in Latin America, is colossal, even without having the complete information, because the secret seems to be the great agreement among the major actors of this embezzlement. Transparencia Venezuela carried out an investigation for five years and publicly presents the findings it obtained on this gigantic operation that bled the country.

This organization determined that the amount of 20 of the 40 contracts that are known were signed with the Brazilian company, exceeds 29 billion 974 million dollars, as well as that the payments made in 18 of these contracts, sum up 13 billion 266 million dollars.

To understand the magnitude of the resources agreed between the Government of Venezuela and Odebrecht, we can use only one example: the new stage of the Panama Canal, one of the most important engineering works in the continent, cost US$ 5 billion. That is to say, with what was committed by the 20 contracts, six Panama Canals could have been constructed.

All the information is available to the public in an exclusive Odebrecht site on the website transparenciave.org, which shows the analysis of 33 works and 40 contracts that our organization was able to identify, signed between some ministries -or entities attached to them- and Odebrecht.

Transparencia Venezuela obtained a copy of nine contracts -not of its extensions- that were digitized and carefully analyzed to be handed over for public consideration, in order to shed light on this operation that cost the nation so much, leaving millions of Venezuelans without the promised services and benefits, as 11 of the largest works were left unfinished.

For five years, Transparencia Venezuela’s research team has formally submitted hundreds of requests for information before state agencies, has reviewed official gazettes, management reports of public entities, followed up journalistic investigations and lawsuits and has managed to obtain copies of some contracts.

Our organization offers in this new site, the lists of works and contracts discovered so far, as well as the physical progress of each one, according to official data. There is also the comparative analysis between the payments made and the physical progress of the works registered until April 2017; the amount of each contract at the beginning and some of its increases; the list of those responsible for the contracts by ministry or attached entity and by Odebrecht; the total of the amounts of the contracts compared with the payments that we have verified; the information of the payments of the contracts made in advance and other payments and, finally, some additional credits that were approved for the payment of the works assigned to Odebrecht.

Amendment of contracts: «the mechanism» of embezzlementIn business with Odebrecht, the contracts include payments in bolivares and dollars, but in cases such as the Petare Sur Metrocable, Antímano Metrocable and the Caracas-Guarenas-Guatire Metro, disbursements are also estimated in euros.With the information available on some works, Transparencia Venezuela determined that the amendments of the contracts or addenda, raised the amounts committed by the nation in a substantial manner, if the agreed price at the beginning of the work and the amount estimated for 2017, are taken into account. All the Odebrecht’s works extended their completion date, but there is no evidence to explain such increases.According to contract experts, this is where the greatest distortion and a possible mechanism of corruption in the agreements with Odebrecht are found.From the analysis of the amounts of 20 contracts that our organization had access to, extraordinary figures stand out in contrast to the needs of Venezuelans in the midst of an unprecedented humanitarian crisis. These contracts involve the following amounts: Bs. 147,951,312,790.18, US$ 5,718,795,329.73 and € 670,450,027.93.By converting these amounts to dollars, adding the three figures to an exchange rate of Bs. 6.3/US$ and € 1.15/US$ (for the dates of the contracts), the result is the huge amount of US$ 29,974,148,225.37. Our organization also determined that only in 18 works, the amount paid is US$ 13,266,250,260.91. It is a figure calculated at the aforementioned exchange rate, which arises from the following paid amounts: Bs. 77,664,475,211.54, US$ 698,273,973.29 and € 208,940,704.00. These high sums contrast with the poor results offered by the Government and the Odebrecht company. An example of this is the subway in the country’s capital city. Twelve years after Hugo Chávez laid the first stone of Line 5 of the Caracas Metro in November 2006, the first stage is unfinished and is a monument to corruption.

According to our investigation, this work presents a physical advance equivalent to 62%; the second phase, Caracas Metro Line 5 Miranda II, only has a 6% advance, while the project of repowering trains, just 3.08%.Outside Brazil, Venezuela’s case is the most scandalous one. The close ideological relationship between presidents Lula Da Silva and Chavez was fertile ground for business. It is also the country where most bribes were paid. If Odebrecht paid bribes in Venezuela under the same scheme as in the rest of Latin America, this organization estimates payments of more than US$ 1,300,000,000, well above the US$ 98,000,000 that Odebrecht former employees recognized in the New York Court’s declaration in 2015.Another thing characterizes the Venezuelan case: there are no responsible parties. The Office of the Comptroller General of the Republic has not published anything, nor do we know that it has initiated investigations, nor that it has requested them from the Public Ministry. The Office of the Attorney General under the direction of Tarek William Saab, who is also active in the case against Ramírez’s PDVSA, is silent about Odebrecht.According to the investigation carried out by Transparencia Venezuela on the available data, the republic would still have to cancel the Brazilian company more than US$ 16,000,000,000, calculated at an exchange rate of Bs. 6.3/US$ and € 1,15/US$.