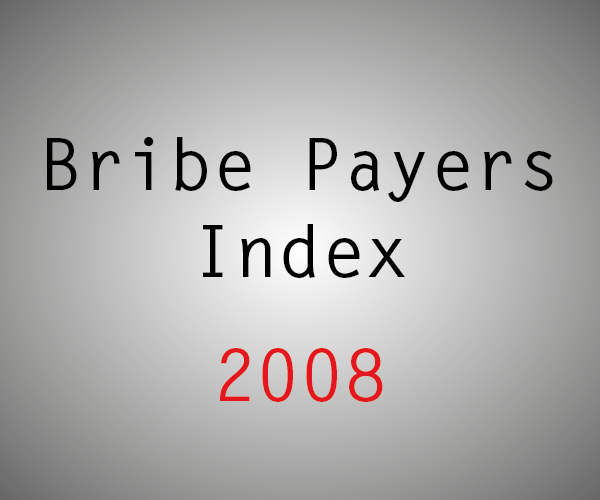 Corruption and bribery are complex transactions that involve both someone who offers a benefit, often a bribe, and someone who accepts, as well as a variety of specialists or intermediaries to facilitate the transaction. By perpetuating the ‘abuse of entrusted power for private gain’ – Transparency International’s (TI) definition of corruption – both the bribe payer and bribe taker cause damage in a number of ways. Ultimately, their corrupt dealings create extreme inequity – both in markets and in societies. This report presents highlights of a brand new survey commissioned by TI, the 2008 Bribe Payers Survey.1 It looks in detail at the sources of corruption in the international marketplace, both in terms of where the bribes are paid and by which businesses. Above all, the Bribe Payers Survey illustrates how the supply of corruption is viewed by a global selection of senior business executives, who understand the markets and market pressures in their own countries, some of which drive corruption.