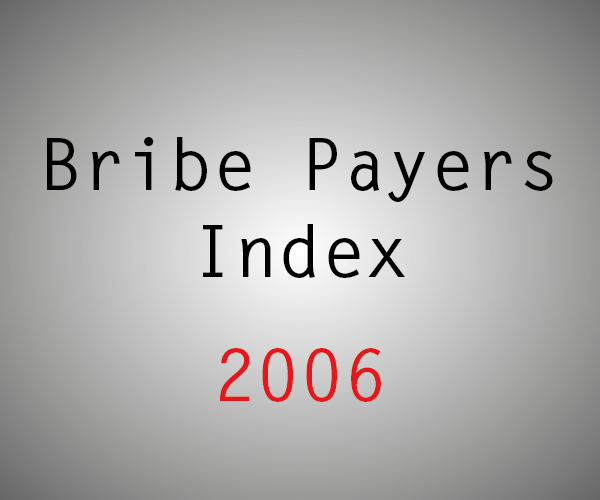 Overseas bribery by companies from the world’s export giants is still common, despite the existence of international anti-bribery laws criminalising this practice, according to the Transparency International 2006 Bribe Payers Index (BPI), the most comprehensive survey of its kind to date.

The BPI looks at the likelihood of companies from 30 leading exporting countries to bribe abroad. Companies from the wealthiest countries generally rank in the top half of the Index, but still routinely pay bribes, particularly in developing economies. Companies from emerging export powers India, China and Russia rank among the worst. In the case of China and other emerging export powers, efforts to strengthen domestic anti-corruption activities have failed to extend abroad.