What happened with the Cadivi case? 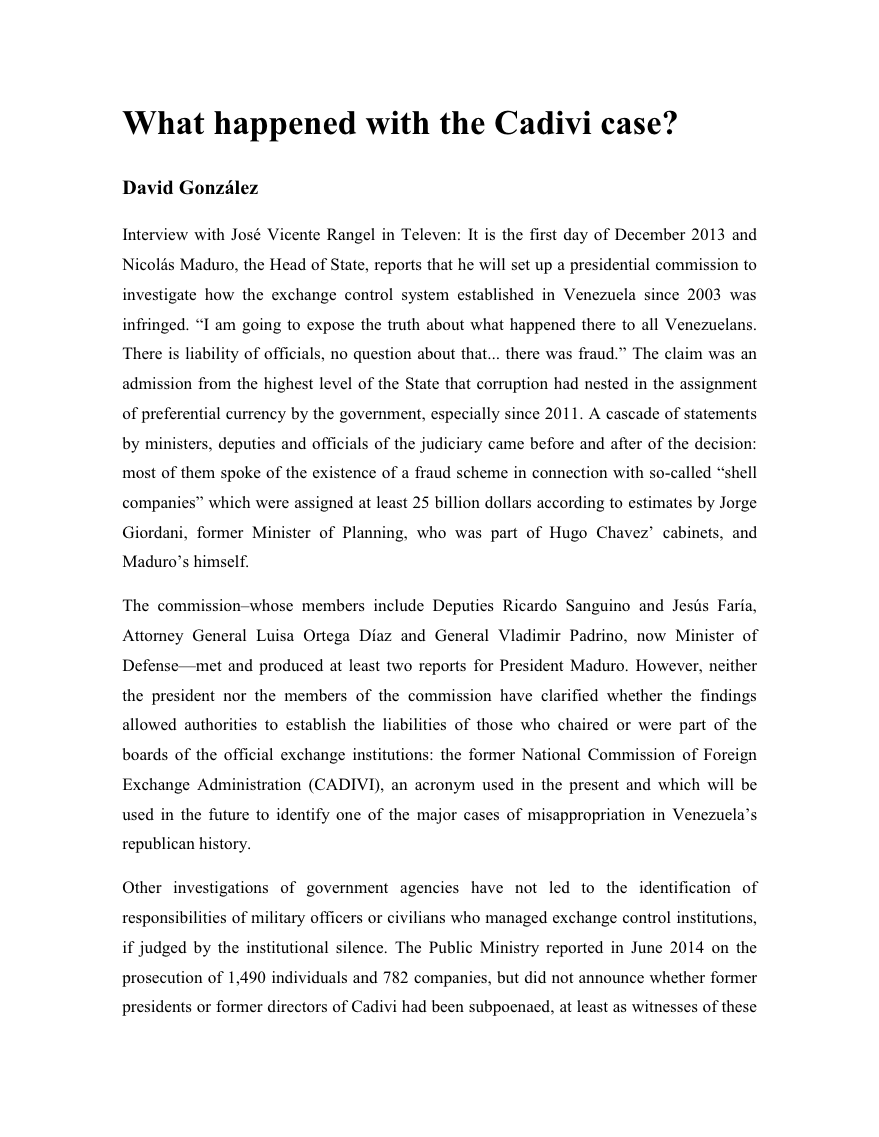 President Nicolás Maduro reported that he will create a presidential commission to investigate how the exchange control system in place in Venezuela since 2003 was breached. The claim was an admission from the highest level of the State that corruption had nested in the assignment of preferential currency, US$25 billion as estimated by the former Minister of Planning. However, the commission has not clarified whether the findings have allowed establishing any culprits.